Making her test debut in 2011, Vicky has gone on to make over 75 appearances for England. A versatile forward, Vicky played the majority of her early career at Hooker, but is equally as comfortable in the back-row. Career highlights to date, include winning the Rugby World Cup in 2014, a bronze medal in the 2018 Commonwealth Games as well as multiple 6 Nations and Tyrell’s Premier 15s Championships.

A level 3 personal trainer, Vicky has worked in some of the best gyms in London. Widely regarded as one of the fittest players around, her wealth of experience as an international athlete allows her to bring the same intensity to sessions with her clients. Rugby commitments sometimes mean that F2F services can be a challenge, but Vicky also offers online sessions alongside bespoke programming for clients.

Being one of the World’s first female professional rugby players, Vicky has appeared across our screens as a rugby personality and pundit on numerous occasions. As well as TV, Vicky has done live broadcasts for sponsors such as Guinness and multiple podcasts too. Vicky is also a regular contributor in various print media outlets too, with regular columns in some of the UK’s national titles. 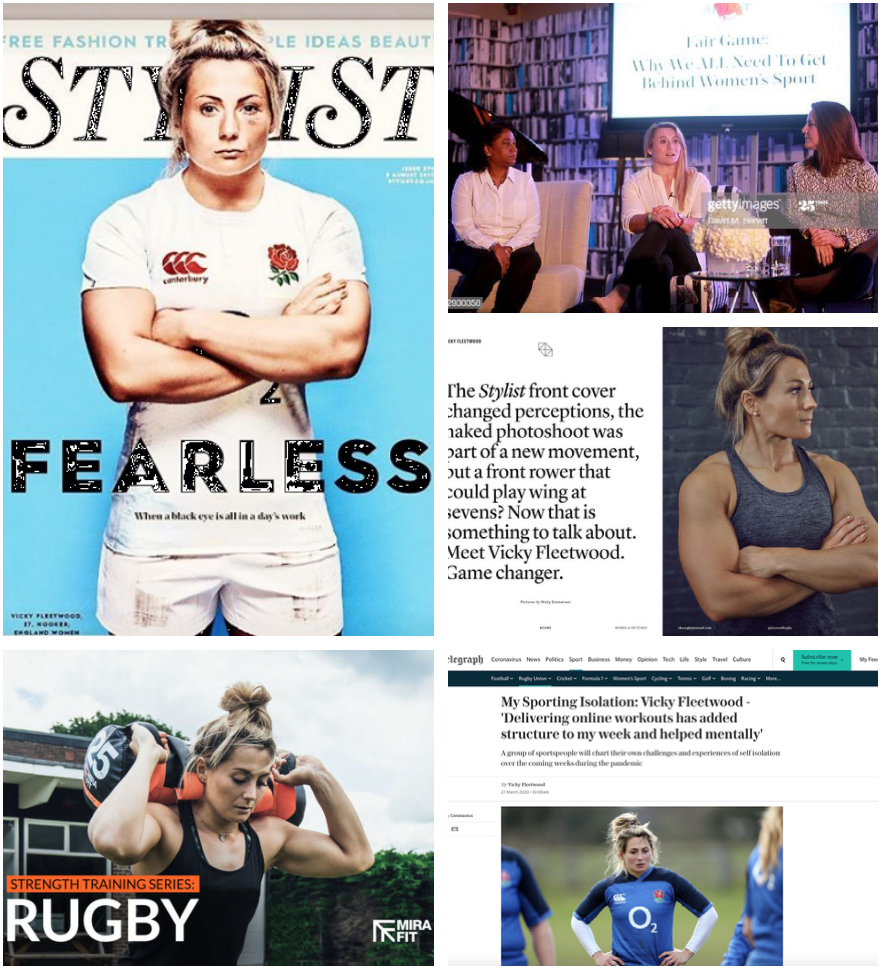